Levante Charters operates primarily out of North Queensland in Australia.

Tropical Port Douglas is our home base, however we travel down the coast of North Queensland to find you the best fishing.

Queensland and in particular the Great Barrier Reef is one of the seven natural wonders of the world flourishing with fish and coral species, attracting visitors from all over the world. Our destinations include the entire coastline up to Cairns, Port Douglas, Cooktown and Lizard Island depending on the season. 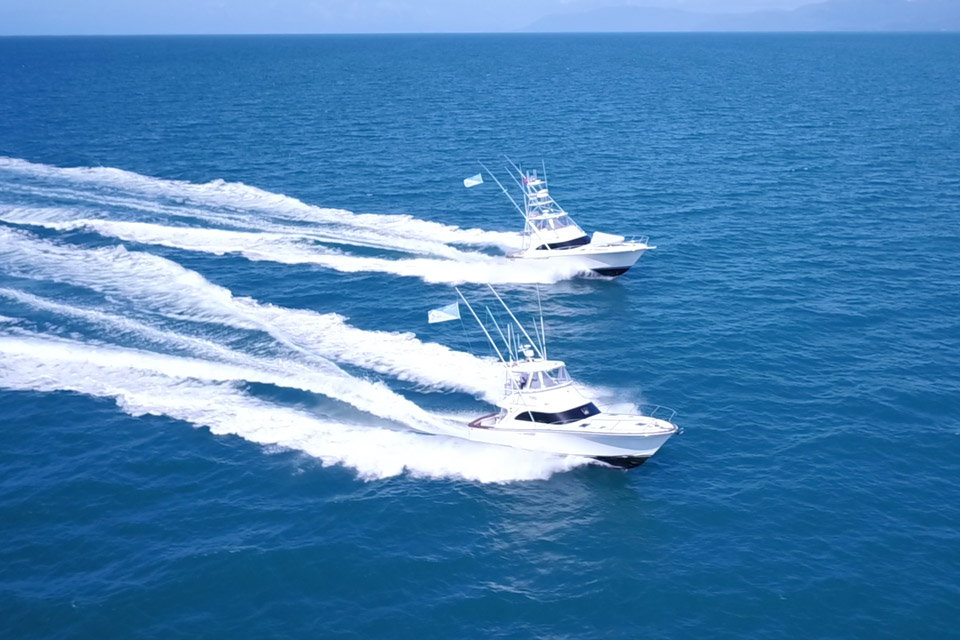 Port Douglas is the gateway to the Great Barrier Reef and the closest port to the famous Ribbon Reefs, which are renowned for their beauty and the ultimate fishing and diving grounds. A combination of their location and the highly productive fishing places make the offshore reefs of Port Douglas the best destination for your Levante charter.

We offer an enjoyable reef and deep-sea fishing experience for any level of angler in the surrounding waters of the Great Barrier Reef off of Port Douglas. The professional Levante crew offers top-of-the-range fishing gear and a variety of fishing methods include live bait fishing, bottom fishing, drift fishing and trolling.

Lizard Island is a secluded paradise unlike anywhere else is the world. The island, also known as “The Rock”, is formed by granite rock which is now a national park covering 1,013 hectares with 24 sandy beaches, a lagoon and an exclusive resort.

The far North Queensland area around Lizard Island has long been recognised as the Black Marlin Capital of the world, and Cairns is frequently noted when world records are mentioned. From Cairns north to the reefs, including the Port Douglas and up to Lizard Island known as the “Ribbon Reefs” is one of the finest fishing and diving regions on the planet. The Black Marlin of the Pacific Ocean migrate annually to these reefs to spawn and this Cairns area is the only known spawning ground for Black Marlin in the world.

Fishing the Ribbon Reefs is something tick off the bucket list. This is the mecca of gamefishing locations! Contact us for more information.